“The critical need now is not for industrial workers but for creative leaders able to think outside the very system that produced them.”   (Jim Garrison)

With major ecological and societal challenges looming for the current generation of students, there is a strong need for a new kind of education rooted in what it takes to become an effective game changer. Transition World has therefore teamed up with Ubiquity University, which is a new educational on-line platform founded by Jim Garrison.

Jim Garrison founded the State of the World Forum in 1995, with President Gorbachev, to convene leaders from around the world to create a more sustainable global civilization.  In this video he introduces the vision behind Ubiquity University

Ubiquity has secured $2.3 Million in funding, and they are now getting ready to launch a cutting edge competency-based social learning platform that will enable “a whole new kind of education for a whole new kind of world.” The Academic Study program will be combined with hands-on creative collaboration on specific original projects. 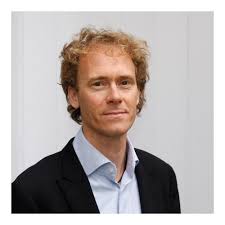 “We have specifically designed our curriculum for a future required for a hypercomplex world,” says Peter Merry, Chief Innovation Officer and principal architect of Ubiquity’s curriculum design. “We are way beyond the MOOCs and are disrupting the disrupters. We are addressing student’s character as well as knowledge and teaching them to play the game to change the game.” 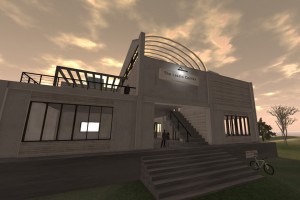 Millions of young people who would be qualified to go into higher education are not able to because of high costs or lack of infrastructure. There is a significant unmet need to provide a higher education that is globally accessible, relevant, and engaging. Transition World has teamed up with Ubiquity University to meet that need.

As a supplement to Ubiquity’s on-line education we have started to build a virtual world campus, which will allow the students to interact with their teachers and other students across geographical and cultural boundaries. It has been documented that 3D spaces create a sense of presence closer to face-to-face than traditional virtual meetings – and that interaction between “Avatars” leads to more engagement, more effective networking, and a stronger emotional impact.  On the technical side there are also quite a few advantages. You can import 3D objects and users can produce their own content. Co-creation and crowd-sourcing of content is a possibility and the world can develop and expand over time.

At our virtual world Campus you can attend conferences and workshops with cutting edge thought leaders and meet curious and likeminded people from all over the world. The next project in the pipeline is the development of  a brave new world, inhabited by visionary frontrunners who are co-creating and testing a prototype of the future.

As Buckminster Fuller said, “We are called to be architects of the future, not its victims.”